In 1899, Karl Garcon and Bernd Gillen founded the Eifel moving company Gillen & Garcon. Eight strong men, who were masters of four horses and wagons, made up the workforce of the time. Thus, moving by horsepower remained standard until 1934. After that, a Deutz tractor with 7 horsepower took over the service.
With the opening of the railroad line “Trier – Cologne”, Gillen & Garcon recognized the potential of the transport route “rail” and consequently expanded the company in 1925 with the railroad forwarding business.
After the complete destruction in the Second World War and successful reconstruction, new business fields were developed: Distribution of building materials, technical gases and beverages. The moving and freight forwarding activities were further expanded.
In 1964, the company was taken over by Hans-Georg Schäfer and concentrated on two core businesses: freight forwarding and moving logistics including overseas transportation. This especially for the US armed forces.
Constant changes in the moving market caused the following generations to react accordingly. Kurt Schäfer and Martina Borges then succeeded in transforming Gillen & Garcon into a modern logistics company.
Founded on the threshold of the 20th century, Gillen & Garcon today looks back on 120 years of company history. Then as now, the Bitburg-based company motto “With us around the world” applies. 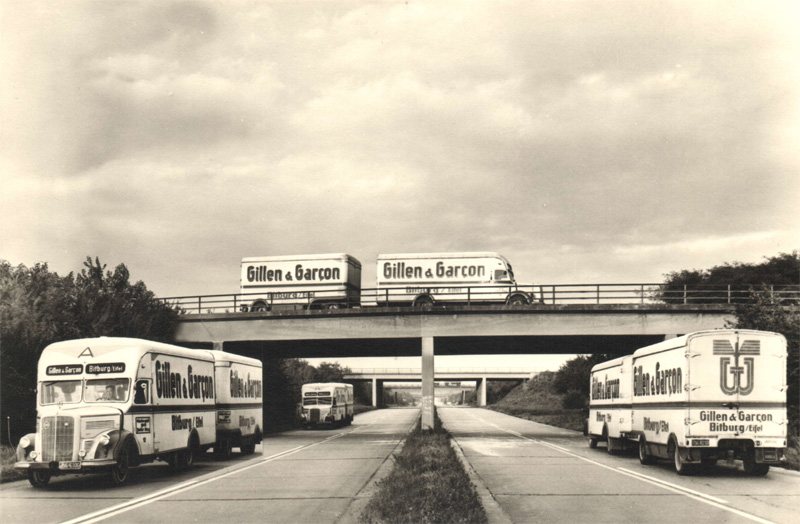